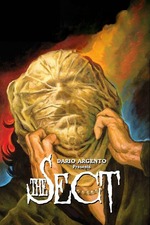 So glad to see the amount of people who’ve seen this on this site increase by almost 600 since my first watch. Hopefully with the new BD from Scorpion (and Shameless in the UK) even more people watch this hidden gem from a real master: Michele Soavi.

The BD looks great (Scorpion’s deluxe edition has an audio error but nothing that can’t be worked around for now) and revisiting after nearly 4 years was exciting. It’s a crazy movie that features absolute insanity inside a very interesting occult plot. The pace seems slow but, still, by the time you think about how long it’s been on you’re a good 80 mins in! Engrossing and perplexing with a batshit crazy ending that I love.

Kelly Curtis isn’t a great actress but she is more than enough for me to grab onto the film. Her looks are a cross between her very famous sister and Bridget Fonda and it’s that cross between sexy and innocent that makes her so entrancing. There’s a pretty great supporting cast but my props go out to the bunny post possession. Love it.

Still my least favorite Soavi but damn if it isn’t still an excellent Italian exercise in madness.