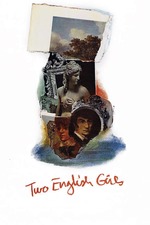 Based on Henri-Pierre Roché's 1956 novel, the author of the semi-autobiographical Jules and Jim, with the adaptation co-written by Truffaut and Jean Gruault. It tells of Claude Roc (Jean-Pierre Léaud), a French writer who falls in love with two English sisters, Anne and Muriel Brown (Kika Markham and Stacey Tendeter), during a Welsh seaside holiday at the beginning of the twentieth century.

It's essentially a revisit of the themes explored in Jules and Jim (Roché only penned these two books on romantic entanglements), although it's much less impactful than Truffaut's seminal 1962 film. While it's delivered with an engaging novelistic style while covering how tough and bewildering love can often be, especially when choices have to be made, there's not quite enough here to make the film feel particularly special.

There's also an intrusive narration, spoken by Truffaut, which regrettably slightly disrupts the film's flow and depletes much of its subtlety, inclining to instruct what is already known by way of its imagery. Still, there's no refuting the films consistently gorgeous aesthetics along with its outstanding attention to period detail, so it's a generally well made literary adaptation despite some reservations.