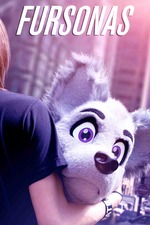 Before I start this review, I'd like to clarify that I'm not part of the furry fandom. While my problems with the furry community as a whole are minimal, it's not where I belong. However, learning about subcultures (can one even call furries a subculture anymore? That's my question) is something I love delving into, and I figured Fursonas would be a way of furthering my knowledge on the fandom. It was in ways that I didn't even expect. What starts as an exploration of a myriad of identities in the furry community eventually devolves into an examination of the community's immense inner conflict in the second half. Fursonas puts the concept of the fandom being all accepting into a different lens by the time Uncle Kage appears on the screen.

The film's structure works to its advantage, even if it's biased in its approach (which the director admits in the documentary regardless). The audience gets introduced to all of these people and their fursonas, without any influence from the director to make the viewer think one way or another about them. It acts as the gateway for the viewer, whereas the second half is when the cracks rise to the surface. The downright fascistic influence Uncle Kage has over the furry community is genuinely unnerving. It doesn't matter if he's throwing someone under the bus for his narcissistic gain; he's able to do whatever he wishes so long as it's under the guise of helping the fandom. He pretends as if it's helping the media's image of furries, but in reality, he's turning conventions into cults. He shifts the community's acceptance and self-identification into repression; outsiders struggling with their stresses can get mercilessly pursued by their community.

Despite Fursonas accomplishing everything it needed to, I still have some issues. At a runtime under 90 minutes, I do wish that there was room for more exploration of everyone willing to be interviewed. Some we're able to get all the info we need. Others we only get tiny snippets of who they are and where they fit in the fandom. With the sheer variety of roles present in this documentary, I wish some got explored a bit more. There were also some issues I had with some people's outlook on aspects of the furry community (specifically the involvement of children) in this documentary, but I can't hold that against the film itself. Fursonas wants to explore every nook and cranny of the community, and that comes with the territory. As a whole, Fursonas balances the positive and negative sides of the fandom in an insightful and gripping way. I'd recommend it to everyone that isn't looking for pieces of media that solely make fun of furries. If anyone falls under that category, I'd have to ask them why they need a film for that when all the backlash they could ask for is accessible on the web.