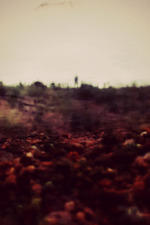 If you had told me that a film from Eli Hayes was going to leave me in a puddle of tears on the floor of my living room as I struggle to keep my laptop from being destroyed from water damage from my tear ducts, I would have thought you were insane. Yet here in A Subconscious Stream, an essentially feature length film from Eli Hayes, we are given an American Honey-like portrait of just about every corner of life in the US of A while retaining a pseudo-road trip vibe that feels as though we are gazing longfully at everything we pass by. Much like Boyhood, its stream of memories fly by on a whim, and Eli's choice of music, as always, fits in with the moods and styles of each segment in such a way that it's almost uncanny how well matched the soundtrack is with the scenery.

I take such a long time watching films and shorts that my friends make, and every time I finally get around to watching them, I end up kicking myself for taking so long to get around to it. A Subconscious Stream, like every other Eli Hayes short I've seen, filled me with an intense urge to watch some his other unseen films ASAP. It's a sublime inspiration that only furthers my realization that Eli is one of the few amateur (I use that word lightly) directors who actually manages to take his Malickian (among others) inspirations and produce something beyond words for a microbudget. This isn't just a journey through America. It's a heart wrenching odyssey of the soul and spirit.

Ghost in the Shell

A Pair of AIs Conversing Inside the Mind…