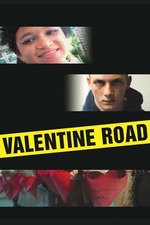 This was one of the most terrifying movies I’ve ever seen. I am devastated and heart broken by the lack of tolerance this world has. That teacher? The one that said she understand why Brandon KILLED an 8 y/o boy in front of an entire class, and then in the next scene said that Larry must not have known about Heaven and Hell because then he wouldn’t have been the way he was?? Implying that he has gone to hell? F U C K H E R. They blamed the murdered boy for his own murder. I am absolutely disgusted and sick to my stomach that they would rather support a blooming neo-Nazi that committed a premeditated murder on a boy that liked to dress like a girl, than the 8 y/o that’s 6ft in the ground. The school? I am in such utter shock, but I ultimately shouldn’t be! I should know how unforgiving people are by now, but it just keeps surprising me :/