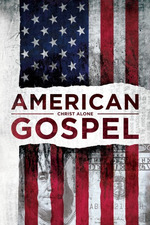 First of all, as a Christian, I do appreciate the exploration of critiquing the prosperity gospel popularized in television & books. It is not a sensible gospel to live by as if being healthy and wealthy is the only way you know God favors you when the Bible says differently in various circumstances.

However, as a Christian who is not evangelical (with mainline & historically Black Protestant backgrounds), there's a lot of weaknesses in this film theologically, thematically, and just for film in general.

The good part of this is that the motion graphics and animation for the film were well made. I appreciated some speakers in the documentary lending their perspectives like Nabeel Qureshi (RIP) and Jackie Hill-Perry, even if they may not be liked by some. I also highly appreciated how they had a couple (sadly just two) of people who shared their experiences of being disabled in juxtaposition of the prosperity gospel's teachings.

The parts that could have been better? Have some non-evangelical voices, for one hand. If there were more pastors from some middle & high churches, especially those who are active in helping others in economic inequality, it'd be a lot more convincing that more than just the evangelicals are against this doctrine.

Two, have more a more diverse pool of pastors, not just men who are mostly white and not just one or two female "speakers" as if female pastors don't exist in orthodox evangelical & non-evangelical Christian spaces. Same goes for male pastors who may not be white &/or evangelical either. Evangelicals are not the only ones that fighting the good fight here.

Aside from that, the third thing that may be bothersome to some viewers is the "critique" of Catholicism. Now, I can agree that Catholicism's expression of Christianity can be distinct in how they see sanctification compared to Protestants among other things, but I cannot judge one whole denomination by its theology alone. I certainly didn't like how the pastors were against ecumenism with the Catholic church due to their misconceptions.

Fourth, I'm gonna credit my friend taemarshmallow for these thoughts: there really needs to be a more scathing critique upon the American Dream and capitalism that would go hand in hand with how the prosperity gospel functions in making God do whatever you want as long as you obey the law of attraction. A few of the testimonies shown in the documentary speak very well of how this ruined their livelihood or could have made their lives worse. Or, in the case of Benny Hinn's nephew, lived a lie about what they did with the money they took from their parishoners/congregants.

Lastly, the duration of the film itself was too long. This could have easily been a 90-120 minute documentary instead of a 2 hour 30 minute one. Cut out most of the "passionate" pleas of the pastors to know the "true gospel", the misplaced critiques on Catholicism, and the annoying street preachers (or annoying pastors who have questionable prejudices--looking at MacArthur, Piper, and others featured in this documentary!), and they'd have a much better film on their hands.

Don Juan or If Don Juan Were a…