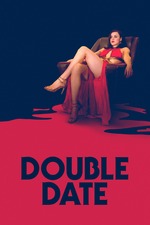 So. A virgin sacrifice is required for the climax. But a complicating factor has been added because one of the antagonists has developed feelings for the virgin and no longer wants to sacrifice them.

There's a very obvious way of then fixing the problem so that the other antagonist will no longer want to sacrifice them either, but the film managed to miss that completely.

That the film doesn't address this in any way is the biggest weak link in what is an otherwise serviceable film (it's not fantastic, but it's not terrible either) and nearly had me knock off a further half-star for it.