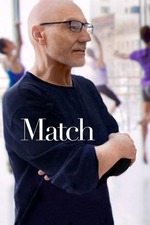 Stewart is phenomenal, the portrayal of a ballet teacher living on his own with barely any social interaction and on the verge of a breaking point is done extremely well and no one could ever play the character better than him.
Gugino does a good job as a wife that tries to help her husband on putting together the missing pieces while Lillard sometimes a bit over the top and out of character at times is convincing enough to get invested to his character as the plot progresses.

In the story there is progression while slow it feels justified except that last third act where they decide to abandon it and go the safe route.

Still pretty entertaining, i never felt bored and for the most part i was pretty well invested. I recommend it.