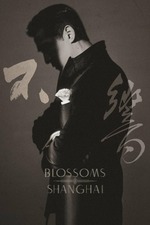 Bruh just saw they put the new poster on letterboxd but im highkey sure at this point it's a Tencent show and not a movie anymore? But anyways im hype af for Hu Ge to be in a Wong Kar Wai work nonetheless and i just wanted to share something i thought was funny and I always think about when I see Hu Ge. Cause in that one republican drama (blanking on the name, but it's the same cast and crew as Nirvana In Fire) he asked his military commander if he could use the phone and the commander is like "u wanna use the phone... HIT!" and fucking bonks Hu Ge on the head with the phone and knocks him out because Hu Ge's blood sugar is too low. But basically the word for using the phone, if literally translated to English, is "hit phone" and idk if that scene was supposed to be funny or if that is even considered a pun in Mandarin but it makes my dumb ass laugh lol