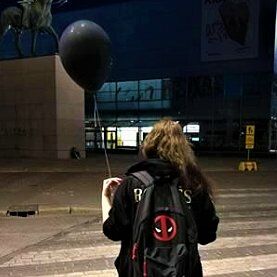 "No matter what anybody tells you, words and ideas can change the world."