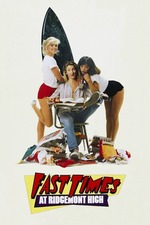 I was wondering if Fast Times actually deserved a Criterion release initially when I heard about it happening but watching the film again it totally does. Whilst I don’t enjoy it as much as Dazed and Confused, I do love that it shares that sense of just hanging out with these characters in their day to day, supported by a fantastic soundtrack. Amy Heckerling and Cameron Crowe give us enough time to spend with these characters to care, especially Jennifer Jason Leigh’s character, who I think is the real star here. Of course there’s Sean Penn as ‘Spicoli’ and Phoebe Cates infamous pool scene that tend to get the most attention but Leigh’s character is given the greatest depth. She’s perfectly cast.

Kinda bummed we didn’t get a 4K release but the Criterion picture and sound are really solid. Haven’t checked out the TV version yet but keen to see what new scenes are used.

Army of the Dead