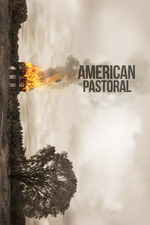 This was a title I was hesitate to watch because of the negative things I had heard about the film. Being as I like Ewan McGregor very much, and thought the storyline to be very interesting on the surface, I didn’t necessarily want to see this movie, because I didn’t want to be disappointed. I’m glad to be able to say I very much wasn’t.

McGregor’s directorial debut may not have succeeded everyone’s expectations, but I believe he did an adequate job for the most part. Sometimes the movie played out like an episode of Law and Order, and sometimes it felt like it had a lot to say, and just didn’t, but at the parts that really mattered, it did great. I hope this hasn’t scared him away from directing forever.

I have yet to read the novel but I’m very excited to now that I’ve seen this. Seymour is so much more than the first few pages I’ve read now. When I saw that McGregor was going to play him, I almost felt it was a casting choice gone wrong until the film had settled in. McGregor is Seymour, and he played the part perfectly. Everyone did wonderfully. I hope more people give this a chance