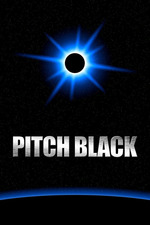 A sci-fi survivalist story about rising above our animal instincts. Radha Mitchell, one of the great unsung actresses in genre films from this decade, is terrific in the lead, Cole Hauser keeps you guessing as the sleazy merc, Johns, and Keith David effortlessly lends gravitas by simply showing up. A lot has come out of this film centered around Vin Diesel's cool criminal killer Riddick, including animated movies, video games, and two sequels. The direct sequel to this movie, "The Chronicles of Riddick," went too big, too fast, in the wake of big, world-building films that were popular at the time, turning Riddick into a sci-fi Conan the Barbarian, single-handedly conquering kingdoms and armies. The character is best when he's a predator, as he is here, fighting monsters and mercs to survive and fight another day. The excellent video games in the series understood this, and director David Twohy corrected course with the third film in the series. "Pitch Black" is worthy of the cult and the content that has popped up around. Give us more video games!