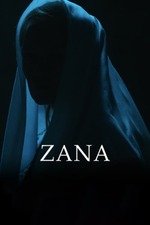 As far as local film projects go, this has definitely taken its spot along my ever favorites.
An almost-perfect depiction of some of the toughest segments of the livelihood of a woman rooted in the reckless, traditional and very much conservative mindset that still resides in the forgotten areas of the rural Kosovar society.
The intertwining of post-war trauma, spiritual and religious beliefs, taboos, neglect of mental health and most importantly the disregarded figure and role of a woman in these surroundings, paint a small but significant corner of the rather enormous frame of the 1999 war in Kosovo.
Adriana Matoshi delivers a poignant performance as the main character, hauntingly portraying every stage of disintegrating and the falling apart of a woman neck-deep in mental turmoil.
It is both unfortunate and enthralling, the fact that a film representing wartime and its stigma, has elements that could still be used to describe the menacing mentality of the pastoral life in Kosovo to this very day.