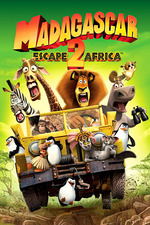 Madagascar 2 Escape from mort is an important, seminal film. First off, the emotion wow. The themes of racism hit hard (where something like black kkklansmen did not). First off, the love triangle between gloria, moto moto and melman is striking and honest. When melman (swimmer) finds gloria making out with moto moto his heart is crushed. Oh and we can’t forget about the penguins, who are back and just as epic as ever. The boss baby voices the villian, who steals a staff and manipulates the power hierarchy to become the Lion King. Alex finds his parents and has an emotional journey about identity, classism and family. Alex also can’t recognise which Marty is the real one. Overall, an admitted jump in quality from the previous Madagascar (which only received a harsh 9/10 from me, sorry Dreamworks 😬).

Side note: has the same story as Kung Fu Panda 3 (A film I was very upset about so reviewed a scarring 8/10)

The Man Who Saved the World