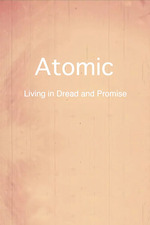 Atomic: Living in Dread and Promise

Wow, I didn’t expect such a powerful and emotional experience!

I watched Mogwai play live to this movie at Ex Theater Roppongi in Tokyo, and ”Atomic” - being a chronological history of nuclear disaster - obviously begins with Hiroshima and Nagasaki. The emotional experience came out of watching and hearing some of the Japanese people in the audience cry when being shown archive footage of burnt bodies, babies screaming in agony, nature being destroyed and millions of people’s lives shattered due to American atomic bombs. And in the end, there was Fukushima.
Also, with President Obama visiting Hiroshima only two days ago, I guess this was even more emotional to many.

The movie in itself is nothing spectacular. Archive footage, that’s pretty much it. What makes it special is the great soundtrack. I can’t think of any better band to score this than Mogwai, the undisputed kings of shoegazer doom. And listening to it live, in a theater with awesome sound and at maximum volume, was nothing but extremely powerful. The ending noise crescendo with the pounding drums and droning guitars was like Merzbow on LSD.