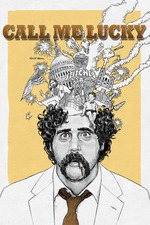 Emotional, gruesome but important documentary about Boston comic Barry Crimmins.
It starts off like it usually does, with friends and colleagues praising this genius, but halfway through it takes a very dark turn.

Ultimately this is about Barry being subject to sexual abuse at a very young age, and his ongoing fight against child molesters, the Catholic church and the American government.

Knowing what he’s gone through, it’s incredible to see what a good man he is today. Because like he says: ”Had I been raped a few more times I might have become the rapist”. And like his sister says: ”Half the reason why Barry’s so funny is a gesture of healing”. Depressing, but very powerful.

I have a new role model. I wanna be like Barry Crimmins.

In a Better World