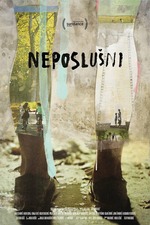 Really, really interesting piece of work. If you left the movie after the first half, murmuring something about Slavic Pixie Dream Girls, you missed the ending which really presents the whole work in a different context – the realm of the unreal. This entire thing is a slide from the world of guilt-free youth into a motherhood fable. I'd need to see this again to map just how Djukic does it exactly, but there are maybe 6–7 crucial scenes, "steps", that shift the thing deeper into abstraction as the main character disconnects herself from the past and begins to fantasize a future of stability. Ultimately, the guy flees, unable/unwilling to take the last step.

Along the way, life shines like the golden fields of the Serbian countryside, in wild extravaganza. It's an old trick to show the human life span metaphorically in a few hours of adventures, but it has rarely been this captivating.