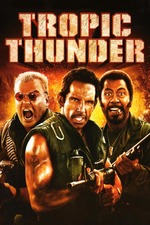 i really enjoyed this, as i knew i would. pretty straightforward anti-hollywood, satirical, hot-blooded american comedy with humour ranging from extremely childish to genuinely spot-on in terms of it’s commentary on the artificiality and general absurdity of show-business sprinkled throughout. i specifically loved when they basically implied that films that flop in the US usually end up doing well in foreign countries, i also found it quite cynical but undeniably true when they made a reference to the stigma around male african-american celebrities being a part of the LGBTQ+ community. it has moments of great tension and drama and features really exciting action sequences, although for the most part it’s just a really good time. the specially-made trailers at the beginning were comedy gold, and i can’t stress enough how much i want to watch satan’s alley now.

i loved robert downey jr’s character, a symbol of one of the most ridiculous practices hollywood so adamantly and proudly eats up, method acting, slowly losing his mind as he burrows deeper into his character, to the point of actually becoming a stereotypical african-american, accent, mannerisms and all. him and ben stiller both nailed their roles as they play relatively similar characters, as both suffer from severe insecurities (that they overcome together) and both deeply desire respect as actors, both pushing themselves beyond their physical, emotional and mental limits to finally understand real authenticity and reach real success. their performances were perfectly over-the-top and unbelievable at times, their characters wouldn’t have worked otherwise. even though they were stand out, jay baruchel’s character was the real, sincere heart of the movie, really complimenting the large egos of his co-stars.

all the characters were really funny (jack black was downright annoying a few times though) and were clear parallels of real life hollywood figures, and i loved that real big-league actors played these eccentric roles, adding a level of self-awareness that needed to exist in order for the film to really strike a perfect comical balance. tom cruise and matthew mcconaughey being in this film made it so much funnier, their presence in the movie was integral and i can’t imagine the film without them. they didn’t need to make tom dance, but they did, and that’s a decision i will forever be grateful for. it was ridiculous, but i loved every moment of it.

This Is the End