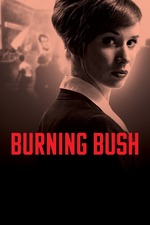 I don't have a lot to say about this beyond the fact that it's very good. It remains accessible to viewers (such as myself) with no prior knowledge of Soviet-era Czechoslovakia, and functions as an engaging drama throughout. The photography is very attractive and there are lots of creative and beautiful shots.

Its greatest weakness is probably that it exists right on the threshold between being concise and being thorough. At three episodes of over an hour each, it's pretty long, but the amount of detail that's conveyed in that space only serves to highlight how much is left out. There's a good shorter film hiding in here, and the potential for a much longer one.

But this is a minor quibble, really. If you're interested in foreign film or historical drama, you can't go wrong with this one.