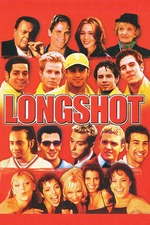 You guys, like all of you, all of Letterboxd ... You have been sleeping on what may be the worst piece of unholy garbage that ever was shotgun blasted with rancid buckshot onto video store shelves. I'm serious as a heart attack. This was co"written" and produced by dead convicted felon Lou Pearlman, and the editing is so atrocious im only surprised it didn't get an Oscar nomination.

With the release of the YouTube doc on Pearlman, The Boy Band Con (this wasnt mentioned at all in it, for who the fuck knows why, maybe the NSYNC guys interviewed for it didn't want people to be confused about the timeline of events with the lawsuit, or just confused period but I digress, sort of), I hope this gets more attention as a near lost relic of notorious bad cinema (it's also on YouTube in multiple parts - don't pay for it, fuck Pearlman and his rancid rapey crook of a corpse)... But then again, is it better lost and buried?

It is totally, unequivocally, irredemable and incomprehensible. Even for the audience it is aimed at it is an abject failure and disaster, since there isn't a full music act (crappy as it is) until the 1 hour mark - the rest of it is just a mishmash of songs, including one by LFO that has lyrics that left me throwing my phone across the room (and a score by - double take - LALO SCHIFRIN??!?!)

This is the worst thing Ive ever seen. It's Exhibit A for why the rest of the world despises America. I mean Ever. Ever ever ever ever ever EVER. Unfunny, cloying, lazy, slipshod, mugging fucking faces, I've lost the thread of verbs and adjectives. Not to mention it has, via and specifically for Pearlman's interestes at the time, more product placements than Jack and Jill (fucking Chippendales, CHIPPENDALES, is featured in this simply because he owned it). This movie is literally a crime in action, the active result of one of this dead rat fink's so called "deals" which eventually led to him being chased across the globe to be put in prison for Ponzi Schemes.

Oh, and it ends with outtakes. Because of course it does.

So....Listen to Episode 133: The BOY BAND CON - LOU PEARLMAN - LONGSHOT by The Wages of Cinema on #SoundCloud
soundcloud.com/wagesofcinema/episode-133