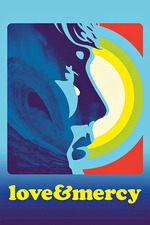 One of the only truly brilliant music biopics because of a brave decision to split the story between two actors and two shortish periods of time. Paul Dano and John Cusack play the two broken halves of Brian Wilson, a gentle soul and musical genius smashed by success and a few callous associates. Paul Giamatti is magnificently sleazy, playing essentially the same role as in Straight Outta Compton but with more leisurewear. What makes it all work is the music: gorgeous, lush and most importantly, properly understood.

See this film! Not enough people did.