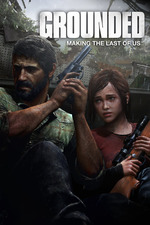 (The doc is pretty good, but I'm here to talk about The Last of Us Part II - Spoiler Free.)

Naughty Dog have made the most important pieces of media to myself ever. Uncharted features my favorite fictional character in Nathan Drake, and The Last of Us changed my life. It was one of the fundamental pieces in me wanting to tell stories for a living. I may prefer film to video games as a medium, but those two stories are my favorite across any medium.

I laughed, I screamed, I begged for the characters. I cried over death, over hurt, and over potential. The most I cried was in a small, calm moment where a decision is made. I had to take breaks regularly because I couldn't handle the intensity, the guilt, and the violence after some time.

It's a game that reckons with the violence showcased in its franchise (and with the medium itself), forcing you to take part in this cycle of violence in a world without good people. It forces you to care for those you hate, to question those you love, and to reflect inward on yourself. It's challenging in a way no other video game's story has been, at least in my experience.

And, yeah, it's divisive right now, but I really only think that's from people reading the leaks and not actually playing the game. I went in blind, and am so glad for it. Just like the first game, you need to play it for it to work (which should be obvious, but I guess not). There's no experiencing this story properly by just watching cutscenes. (This only applies to those who wrote this game off by spoiling it for themselves - if you wrote it off cause Ellie is gay or the inclusion of a trans character, please go fuck yourself.)

Oh, right, and the gameplay is smooth as hell, too! Definitely an improved evolution of the first game's mechanics. Maybe the best stealth outside of Metal Gear? Probably not, but I'm far from an authority on that. Regardless, it rules.

I'll need to process this more, likely as I go for the platinum trophy, but as it stands this is an incredible achievement that stands as one of the prime arguments for video games being art. Neil Druckmann has done it again and I'm already excited for what comes next.