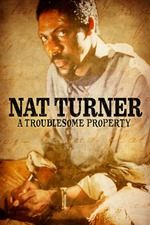 Made 13 years ago, Charles Burnett's documentary is not only a daring piece of nonfiction more in line with contemporary works in true/false experimentation than typical PBS fare, it is also a preemptive antidote for the self-aggrandization of Nate Parker's film. In casting seven actors as Turner, Burnett foregrounds the manner in which the rebel, or maybe any historical figure (and certainly any figure like Turner), ceases to exist as an actual person and instead exists at the whims of his interpreters. The film explores how he can be hero and demon at once, and how liberal guilt can taint his memory as much as the active pillorying of white supremacists. As one historian notes, "He fits no role and every role all at once," and Burnett lends no credence to any one notion of the man.