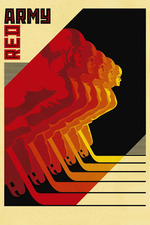 "I'm not a historian. My feeling was the country tried to change something, because it's Perestroika time, but he doesn't want changes. Everybody was afraid. It's understandable. It's like in a dark room, trying to find a dark cat. It's not funny"

One of the most engaging and interesting documentaries I have ever seen. I'm a sucker for both Hockey and Cold War stories, so this was always going to be immensely enjoyable but  if I had one problem, one massive issue it's that the film is simply not long enough! If this was a 6 hour miniseries I'd watch every second of it. The interviews of the larger and life characters and the horrifying stories they tell with such passion and honesty is brilliant, especially Fetisov who you can never tell what he thinks or feels, truly but his interactions with director Gabe Polsky are one of the most touching and hilarious relationships I've seen.