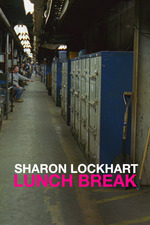 "The first camera in the history of cinema was pointed at a factory, but a century later it can be said that film is hardly drawn to the factory and is even repelled by it. Films about work or workers have not become one of the main genres, and the space in front of the factory has remained on the sidelines. Most narrative films take place in that part of life where work has been left behind. Everything which makes the industrial form of production superior to others—the division of labor into minute stages, the constant repetition, a degree of organization which demands few decisions of the individual and which leaves him little room for maneuver—all this makes it hard to demonstrate changes in circumstances. Over the last century virtually none of the communication which took place in factories, whether through words, glances, or gestures, was recorded on film. Cameras and projectors are essentially mechanical inventions, and in 1895 the heyday of mechanical inventions had passed. The technical processes which were emerging at the time— chemistry and electricity—were almost inaccessible to visual understanding. The reality based on these methods was hardly ever characterized by visible movement. The cinecamera, however, has remained fixated on movement. Ten years ago, when large main-frames were still most commonly used, cameras always focused on the last remaining perceptible movement as a surrogate for their invisible operations—the magnetic tape jerking back and forth. This addiction to motion is increasingly running out of material, a phenomenon which could lead cinema into self-destruction."