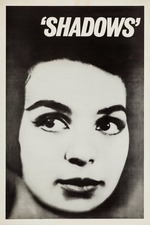 I wasn't really expecting anything from this but I was completely blown away! In a work of pure improvisation, John Cassavetes is able to make a portrait of a city, a generation, and a turning point in the history of America when young people started to become disillusioned with the promise of the American Dream. We follow three siblings as they go through their different lives in this violent concrete jungle. Accompanied by an incredible jazz score, this film is the manifestation of Jazz and its culture in the form of film, with its extremely intelligent improvisation. Because of this, the film may seem aimless, but that's the purpose: it's the recording of life in its raw form, without any artifice. In fact, it's a protest against artifice, against sugar-coating. It's so unapologetic about its realism that sometimes it makes us feel dizzy. The cinematography also adds to this dizziness of realism with a stunning grainy black-and-white cinematography. Cassavetes deals with issues of racism, sexuality and violence with such mastery that he rivals many of our contemporary filmmakers, not wanting to cover anything, showing the raw and naked truth. In the end, this is a film about the affirmation of the individual against the rules and expectations of society, the non-conformisation of the individual against a system that was made to keep them down, and it's done with such raw emotion and unapologetic realism that it's sure to make some impact on you. This film is definitely a game-changer and an important milestone in the history of cinema.