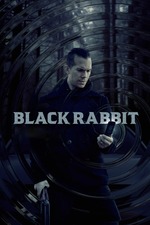 Pretty impressive as a debut feature-length film from an 18-year-old director and fellow Sacramentan.

Very reminiscent of Christopher Nolan's masterpiece MEMENTO with a pinch of RESERVOIR DOGS, it's about a hit man named Peter (Jesse Janzen) who gets into a tangle when given an assignment involving the kidnapping and murder of the state Governor. It unfolds primarily in flashback and out of chronological order, and has an unreliable narrator in its central character, as Peter appears to be suffering from some undiagnosed mental disorders and the resulting hallucinations and time distortions. Also, his wife may or may not be dead and his role in that is uncertain.

The film looks very nice and is made with confidence. There are some of the usual pitfalls of a low-budget film (some shaky performances, etc...) and I would hope for something with a little more individual voice (and less indebted to other films) with the next effort. But yeah, pretty damn good for an 18-year-old!!!