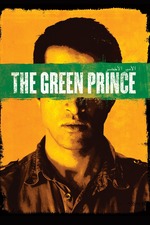 Something of a non-fiction version of this spring’s 'Bethlehem,' director Schirman uses the visual language of a political thriller to tell the riveting twisty spy story of Mosab Hassan Yousef, son of a top Hamas leader, who became an informant for Israel’s Shin Bet security force. Schirman uses surveillance video, archival footage, and re-enactments to illustrate the story, while interviewing only two men: Yousef himself, and Gonen Ben Yitzhak, the agent who recruited him. Both men are articulate and thoughtful, particularly Yousef , who comes across as simultaneously regretful and pragmatic. And the film thankfully soft-sells its clearest theme: by focusing on the bond (a “bond of truth”) that these two diametrically opposed men shared, 'The Green Prince' underscores this long-standing conflict ultimately boils down to the choices of individuals.