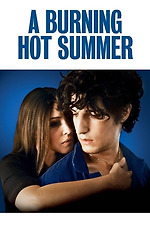 Would like to echo Neil's review
-- which was essential for my reading of the film -- and also add Garrel's use of costuming to distance his characters from their idyllic surroundings. The most jarring shift (arguably) is a very abrupt and unacknowledged costume change: Frederic (younger Garrel), Angele (Belluci), Elisabeth (Sallette, an actual angel), and Paul (Robart) sit around a table, with Angele and Paul dressed in all black, Garrel in light blue, and Elisabeth clad in all-white; the scene then cuts to Elisabeth, now wearing the same nightgown in all black, arguing with Paul. The only person that fits with the colorfulness of the Italian setting is the Frederic. The rest seem to be in constant mourning. In starting out with the death, Frederic is turned into a ghost, haunting the characters for the rest of the film who are essentially free, but still connected to the past, both as characters, and as representatives of their genders.

Further love Garrel's use of widescreen, which seems to really boil down to three types of shots: close-ups of faces, mid-shots of all four main characters in relation to each other, or wide, wide shots of them being eaten up by their surroundings. It also adds such a "cinematic" feel to it all, slyly dramatizing the film's reality and distinguishing it from the very simple and unemotional film-within-a-film scenes.

Anyhow this film is fucking fantastic, and the dance scenes in the front half is one of the most liberated sequences I've seen in a while. Belluci has such a whimsical air about her when she's apart from Garrel. And when she's with him? A terrifying sort of understanding, cutting through Garrel's bullshit and contradictiosn, rendering him another feeble man.