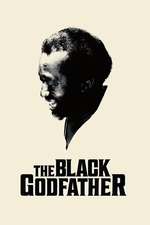 This started to play as I hovered over it and right after the Netflix logo went away, a young Bill Withers appears on screen and then it cuts to a modern day Bill (and he's not the kind of guy that does too many appearances anymore), so this immediately had my attention, and then I heard the name Clarence Avant for the first time, and I can't believe I had never heard it before. We all owe him so much thanks for a lot of things he's done.

Clarence Avant signed Bill Withers to Sussex Records (and when you see all these people find out why he named it Sussex, it's worth watching for that reason alone), so I'm forever grateful for that. My Mother was a huge Withers fan, and that got passed onto me, and honestly, I don't know how you can like music and not like Bill Withers.

To see so many musicians and actors that I appreciate, talking about Clarence (while doing perfect imitations of Clarence and each other when telling stories), made me so shocked I hadn't heard his name. And then you see all the political things he's done too and it's even more flabbergasting.

I just really like Clarence as a person. If he has the means to help you, he'll do it and not expect to be paid back. He'd rather you pay it forward and keep doing that. When you see all the people he connected and helped out, it's insane. He also is super blunt and likes to cuss, so I relate to that a lot. We don't deserve him, but thank the non existent Lord he's here.