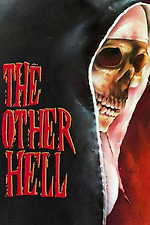 Surprisingly slow at times. Much of the material seems to do nothing more than pad the running time. The film is nearly 90-minutes, I think tighter editing would improve it.

Slowness is often intentional and fruitful, particularly when it's creepy and suspenseful, or when it reflects the convent lifestyle. But much of it meanders, which can induce sleep depending on the viewer's wakefulness (both viewings of this film happened very late at night and I couldn't avoid a doze or two). The outcome isn't a narrative context that accentuates the film's extremities, it actually hampers some those moments.

A faster pace, like the perfect trailer (how can you watch that and not want to see the feature?), would suit the content better. B-movie fans are acquainted with shorter run times, so cutting this down to, say, as low as 82 minutes wouldn't really hurt it. Fan cut?

I do like the restoration. The quality varies, but the deep grain is very pleasing. Sometimes, there's so much of it that it feels distinctly digital, but the image stability of the actors and motion always feels "natural." Some shots are in excellent condition, giving the film moments of greater quality akin to higher-budget films. Severin Films has created another good example of the low-fi improved by hi-fi treatment.