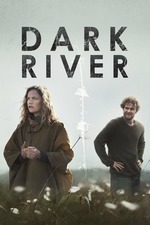 Nearly a month since I tweeted, without even knowing what this film was about: "Idea for a new British movie: set on a farm, local accents (probably Northern™), lots of weather, protagonist with communication problems, maybe a secret."

Barnard mistakes theme for story, forgetting that the emotional power of a narrative lies in its details and range and not a pile-up of facile misery as a tonal default; luckily for the filmmaker there's a moribund national film industry currently very eager to greenlight a project like this. Almost as if the UK's wider institutional vision and its film-cultural output are connected.

So, a woman is traumatised by sexual abuse at the hands of her (now dead) dad to such a degree that she suffers flashbacks and hallucinations whenever she re-enters the family home... but she, erm, returns to inherit his farm (and by jove, she'll fight for it) anyway? They presumably cast Boromir from Lord of the Rings as daddy for a bit of local authenticity, but since his two lines of dialogue are delivered offscreen there's no reason to have gone to the trouble.