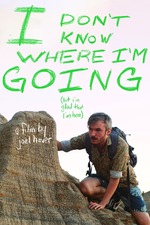 Thanks to whoever added this and big thanks to all who have watched it!

I want to use this review as a way to address a serious issue facing Letterboxd. I've talked about this in the past on Twitter, but where better than Letterboxd itself.

If you go to this film's page, you'll notice that the Joel Haver director page does not link to the rest of my work. In fact, there are currently three separate Joel Haver's listed on Letterboxd. This is not Letterboxd's fault, but Letterboxd's friend The Movie Database.

The Movie Database is the website you have to submit films to in order to get them on Letterboxd. Letterboxd ingests its catalog from TMDb for simplicity sake. Which would be fine if TMDb didn't run their website like a bunch of monkeys.

Time and time again TMDb has removed my and many other independent filmmakers' films from their system on the grounds that they're not "professional". One time they said if they allowed my feature films they'd have to "allow people's cat videos". They have been incredibly condescending and stubborn every single time I've interacted with them (I say "them" but it has primarily been one head moderator on the site). When I brought up the fact that my work is professional by definition because I live off it, they began to refer to my films as "viral videos" to discredit them.

TMDb's definition of "professional" is laughable. If you go to their guidelines, they have added so many asterisks and exemptions as a result of me and so many other online independent filmmakers calling them out, that they now call it their "Content Bible". (I wonder who the "popular YouTubers do not qualify for an exemption" clause was added for). Unless you play at a major festival and/or get picked up for distribution, your film is nonexistent according to TMDb.

The fact of the matter is filmmaking has changed. More and more people are making wonderful work in the medium everyday and many of those people are choosing to retain ownership of said work and release it themselves. I don't submit my films to festivals and I don't seek distribution, that means unless TMDb changes, none of my films for the rest of my life will be accepted. To call yourself a movie database and willfully ignore huge swaths of artists making movies is embarrassing. In a post-COVID world where every major studio is releasing films digitally, TMDb's arbitrary lines in the sand make less sense than ever. TMDb's message is clear, they do not think poor/disadvantaged people's work is valid. They do not think formative work is valid. They do not think filmmaking detached from financial gain is valid.

Fortunately, Letterboxd is logical and they recognize and allow independent films from the internet. Once your film is ingested, it will stay on Letterboxd even if TMDb removes it. The problem is, if TMDb makes it so you no longer exist, the next time a film of yours is added Letterboxd won't know where to put it and it'll create a new page. Hence the three Joel Haver's.

When I added my latest feature Drowning in Potential, they official banned my TMDb account. I assume I've been IP banned as well like other filmmakers who have fought them on this issue.

This is where some of the onus does fall on Letterboxd, when the website you pull your movies from has different guidelines than you do for what constitutes a movie, perhaps it's time to make your own submission system. I've reached out to them about this and, understandably so, they say it's not financially feasible for their small team.

Right now the solution for online filmmakers seems to be to wait for TMDb to grow up and get with the times. Sadly, going off of our past interactions, that might be a long wait.

In the meantime, check out some of the fantastic filmmaking work being done on YouTube. Dan Lotz maintains several great playlists of features on YouTube that are well worth diving into - www.youtube.com/playlist?list=PLQ-TuqORtE8ZowhLWkkMnd7BicjRtmFcg

Keep making movies y'all! Much love <3