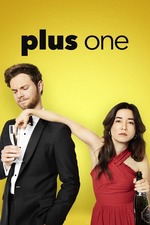 This felt very much like an indie rom-com written in 2019. And by that, I mean that it felt less like a screenplay and more like a series of tweets from someone B-grade Twitter jokester occasionally punctuated by overly sentimental monologues shoehorned in from other, better romantic comedies.

In its defence though I can say two things. First, Maya Erskine does an amazing job with her role, even though she is effectively written out of the entire third act. And second, this is still a billion times better than Keanu Reeves and Winona Ryder’s Destination Wedding, which has still left an awful taste in my mouth.