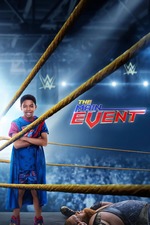 I can name a few errors in the wrestling content of it, such as how they say they're watching Monday Night Raw, but is clearly Smackdown Live footage, and be an embarrassment, but it's decently entertaining. The story is fine, definitely trying to siphon off a Spider-Man film or SHAZAM! in certain aspects. Ken Marino is somewhat entertaining at times. There's a reference to Roddy Piper and his role in Carpenter's THEY LIVE. It does a lot of brand advertising for WWE, and it really comes off as off-putting due to their mass firings this week, but it thankfully all goes away after the first 15 minutes, unlike SONIC THE HEDGEHOG.