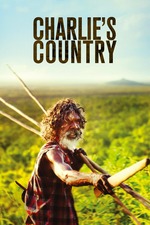 Part of Lise and Jonnie’s March Around the World 2017

Canada, the US, and Australia all share a common shame of how they’ve historically treated, and continue to treat their indigenous citizens. Charlie’s Country is important, if for no other reason that it shines a light on the issue.

The Feel Bad / Feel Good filmmaking approach to dealing with tragedy usually doesn’t work for me, as was the case here, and I know I’m in the minority, as many love this film. To make matters worse, it just came across as tonally out of tune. One minute Charlie is walking by the police station, jokingly yelling ‘white bastard’, to the reply ‘black bastard’. A few scenes later, after Charlie and friend go impromptu hunting and come back with big game, the same affable constables stop them with a ‘tsk tsk tsk … gotta take those guns and your truck and your game. Charlie and buddy then jokingly muse about the carcass of the beast rotting and stinking up the police station. I don’t know, but the casual tone just put me off.

There was also this continuous emphasis on ‘bad processed food killing me’ … well, even if you only have a lean-to as a home .. maybe he could plant a bit of garden, or do the regulations prevent that? I know alcoholism is a problem with indigenous peoples, but Charlie instantly becoming an alcoholic didn’t ring true, either.

The final straw for me was the teaching of the dance, and the importance of that in continuing the culture. The Feel Good Moment. Yes, I could understand that, but the boasts of how he once danced at the Sydney Opera House for Queen Elizabeth could have possibly worked if the balance of the film had a sense of irony, but irony was completely lacking.

It’s important that these films continue to be made, I just wish they were made better. Sorry Ruth!