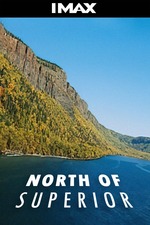 By 1971 I was already infected by the filmmaking bug. My Dad being transferred to Montreal in summer 1966, and thus, me, being able to see all the groundbreaking multimedia films of Expo 65 combined with my Dad taking me to see 2001: A Space Odyssey in the summer of 1968 just after we moved back to Toronto first lit the fire.

Knowing my newborn love of film, my aunt Kay ( the queen of the garage sales ) gave me a regular 8 camera as a present during one of her frequent visits from Cleveland, back in about 1970, that she had picked up in one of her bargain hunting missions. With my allowance I started to buy 8mm film stock ( which was really 16mm film that you exposed twice, once on each side ) and started my filmmaking exploits. I made little shorts about my school friends and I playing handball in the schoolyard, sliding ( tobogganing ) at the local hills, and special effects like making my friends magically appear and disappear by stopping the camera.

Then, in the spring of 1971, my Dad took us to the newly opened Ontario Government theme park, Ontario Place. We queued up at the star attraction, Cinesphere, to see a film called ‘North of Superior’, in a newly created film process called IMAX. … I was floored. I would travel by bus every weekend to rewatch it. It was a cathartic experience that cemented my ambition to become a filmmaker.

In the ensuring years, I weedled my way into the Cinesphere projection booth and made friends of the projectionists, who kindly indulged me, as I was a curious lad. ( the original IMAX projector and my projectionist friend, John. ) My hanging out in the booth also let me meet all of the Multiscreen Corporation ( later to become IMAX corporation ) founders, and the friendliest of the bunch was the President and director of North of Superior, Graham Ferguson. He was extremely kind and encouraging to me, and often joked that I had seen his film more than he did himself.

What makes North of Superior such a great Canadian film is not so much about it being the first ‘real’ IMAX film ( the film Graham Ferguson, Roman Kroiter, and Bill Shaw made for the Fuji pavilion of Expo ’70 wasn’t a complete film ) It was how Ferguson so completely captured the northern Ontario way of life, and presented it to a Southern Ontario audience. This film was the real mission of what Ontario Place was supposed to be about, to bring Ontarion’s together.

Some of the most striking IMAX photography in North of Superior were the aerial shots. As it turned out, my neighbour when I was a kid owned a Cessna 172, and also owned a cottage in Northern Ontario. His generosity allowed me to create my own tributes, ‘North of Toronto’ and later ‘Northland’, by inviting me up to his cottage and giving me lots of airplane rides in that Cesna.

I had a few filmmaking friends at that time, and we all planned to go to film school. When I saw the student films they were making along side me, I realized that I should probably pursue my other love, technology. I don’t think it was a bad decision, as one of my friends won an Oscar.

Alas, as the rights are owned by the Ontario Government, and they haven't shown any interest in restoring it and bringing it to the masses, even though this film technology milestone was created right here in Ontario. There is no good quality digital version of the film available. The IMAX original prints are locked in the Cinesphere vault, and, alas, Cinesphere and Ontario Place were shuttered a few years ago.

The only digital vestige of this historic film technology triumph is this badly scratched 16mm version made for schools transferred to a badly creased VHS tape.

It makes me sad that one of the great moments in film, a moment that made we want to devote my life to filmmaking, and a unique zenith of Canadian film technology will probably be forever lost.

Even more joyous news was the Minister of Culture and Recreation, who was on hand for the screening, announced the upcoming reopening of Cinesphere, complete with a new IMAX Laser 4K projector to compliment their new IMAX GT 15/70, and a new 6K digital restoration of North of Superior!

Another gift was that TIFF recorded the intro and Q&A, including an insert of a beautiful 35mm transfer of North of Superior into the webcast.

As a final treat for an already great closing to TIFF, I bumped into Mr. Ferguson on my way out of the theatre, who remembered me, after 45 years, as 'that kid who saw the film more than me'.

My Life as a Zucchini