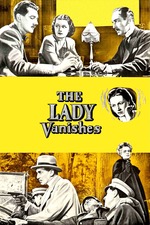 I tend to think of myself as one who loves British humor. Dark and sardonic through bright, cheery, and self deprecating, it always warms my heart and often makes me spit out my drink. I’ve loved Gilliam, Coward, Lean trying to emulate Coward, the Pythons, the Carry On Crew, and probably every Britcom, whether cinematic or television, ever made. I’ve loved The Goons. I’ve loved Ivor Bigun. Hell .. I even liked Mr. Blobby.

I’m afraid to say I hated the first act. Just hated it. Didn’t find it funny in the least. All I saw were a bunch of entitled, supercilious, British foreigners trying each to outdo the other for the title of most pompous ass, and most selfish gesture. Perhaps Hitchcock was trying exactly for this, but it sure missed the mark for me. By the end of the first act, I hated all the English speaking characters and had barely cracked a grin. Strangely, the reaction seemed to be the same from our Monday Night movie guests. How could this be? Everyone loves this film. British and American critics raved, and the movie going public ate it up. Must just be us.

The story really begins in the second act. Of course you need suspension of disbelief to forgive the principal protagonists their former foibles and simply accept that Iris and Gilbert are now a team. There are enough classic Agatha Christie characters and traits to carry this one along nicely ( or maybe it should be Arthur Conan Doyle characters and traits ). There’s a great mix of gum-shoe, ne’er-do-well , and innocent little old lady that keeps the mystery ticking along

I guess the selfishness of those denialists who weren’t in on the game was supposed to sustain the comedic tone, but, I already had a bad taste in my mouth, so rather than laugh, I just continued to think ill of them. It didn’t matter, the game and the new characters were enough to carry things at this point. I do have to admit that I grew to like Charters and Caldicott, but that was threatened by their overuse.

Again, suspension of disbelief for the third act. It’s so full of holes that I’m sure it whistles in the breeze. I don’t mind, though. I bought my ticket in the second act. I don’t want my money back.