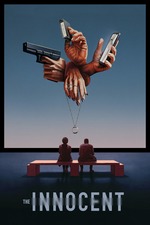 I rarely give a chance to Spanish shows; I feel that they are not very in line with my style. However, Oriol Paulo has managed to surprise me once again after the terrific The Invisible Guest, and with The Innocent he gives us a mini series of the highest quality.

The performances are fantastic; without a doubt the best of every episode. The plot is just as spectacular, and it doesn't stay in the simple thriller with plot twists line that we've seen a thousand times, but it weaves a lot of themes that include sensitive topics, but that are approached in a appropriate way.

The story is too good, really. Each episode is more intriguing than the last, which only means that the show it's a constant series from beginning to end. Highly recommended.