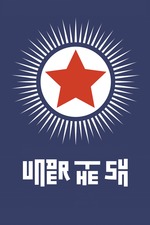 A Russian crew was granted access to North Korea to make a movie, scripted by the North Korean government, that would follow a family in North Korea as their little girl plans to participate in a ceremony to celebrate the birth of former North Korean General Kim Jong-il. The film is meant to be a happy propaganda film that shows a number of separate industries in North Korea. The catch, that makes this film fascinating, is that the Russian crew snuck out extra footage and went off script so that the audience can see that the happiness and contentment in the film is manufactured.

An excellent documentary for anyone interested in Korea, Japan, Russia, US foreign affairs, communism, and the general process of propaganda and oppression. If none of those topics are appealing to you then you would likely find this movie slow.

This is a very unique film unlike anything that I have personally seen in my life. It is fascinating to see the out-takes and footage that North Korea didn't want to be in the film. The little girl in the documentary is trying so hard but you see her occasionally overwhelmed by the pressure of the film, the final scene is especially heartbreaking.