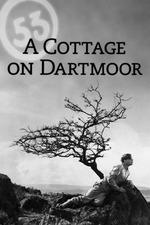 For my money, the single most underappreciated film of the silent era, if not cinema history, by a filmmaker no one even speaks of anymore, let alone reveres. Asquith (son of British Prime Minister and Earl of Oxford and Asquith, H.H. Asquith) later developed a bad reputation for indifferent, stagey all-star British theatre adaptations.

Made just at the end of the silent era, this film thrillingly and fascinatingly recapitulates all of the devices that were expected of movies at that time (and even includes an extended sequence commenting on the medium’s transition itself). Asquith mixes together the wit of Edwardian comedies, prestige of Hollywood melodrama, the blast of Soviet montage and the compositions of German Expressionism. It is astonishing on every level.