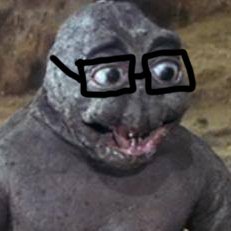 Owner of Gold Ninja Video, programmer of The Laser Blast Film Society, Podcaster of The Important Cinema Club and No Such Thing As A Bad Movie, writer of Radioactive Dreams: The Cinema of Albert Pyun, and writer/director of feature films Impossible Horror and Teddy Bomb.