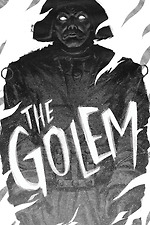 Oh just an absolute dream!!!
You ever clap for a film when it ends and you're home alone?
That me!

So I have compiled a rather ambitious film playlist for myself for the next two weeks. I was organizing my Plex the other day and sorting out my queues and it occurred to me that the next time I leave my house I might, you know, die, so it's entirely possible these are the last films I'll ever watch and with that in mind, I sifted through films I have not seen - or have not seen in so many years rewatching them would be nearly anew - and I plucked 63 films and then tried to sort which ones would vibe together for a day's viewing and so I have around 5 films to watch a day for the next couple weeks!

I've been playing with the idea of, you know, using this time productively and all that, but frankly I'm extremely afraid for my parents and friends and you know, the world, and I am definitely not in the mindset to focus and make magic and express myself in a - well yeah a focused way.
So fuck it. I'm just going to have myself the ultimate binge film fest until the shit goes down and the smoke clears.
I feel like actually, at that point, it'll be good for my creative spirit because then I won't have that feeling like "so many films to watch!!!" - because really in the past two or three years (wherein I've watched nearly 2000 films) I've realized that I really have actually gotten through quite a bit of the core.
Of course there will be an endless queue leftover, but hopefully a part of my spirit that feels this compulsive necessity to watch every magic film just as I used to compulsively read every magic book, will be satiated to the extent that I can turn myself on to different explorations.

So, today will be old school stuff, but every day will have it's own theme!
I know I've just started but I recommend doing this! I've read on articles in the Times about you know, "how to stay sane" through this and having a schedule is advised. I feel that working my way through this fun list of mine will feed that "what am I looking forward to" jones that nags me. ~And yeah yeah "be here now/be present and grateful" is cute but it's literally just me and the cats and while I am epically grateful I have the sweetest cats imaginable and of course my health and financial safety net etcetera etcetera I tend to enjoy anticipation nearly as much as the event I'm anticipating (#sendnudes) so I'm happy I'll be waking up knowing my "plan" for the day and even next week!

Hope everyone is feeling well.
Actually, anyone reading this, if you get diagnosed, please let us know and keep us updated. I've been really grateful to my friends on Instagram who have done that. My family is super into martyrdom and it makes me extremely nervous. Like my Grandma, in her late 80s, had apparently been in extreme pain for a long time because of arthritis degenerating her bones and she could have gotten help for it, seen a doctor you know, but she just suffered quietly until she couldn't get up and my Grandfather took her to the doctor and they realized how much pain she'd been in and how she'd downplayed it so much there was nothing they could do but pain management when they could have, you know, built her bone density and given her supplements and stuff. There are numerous examples of that in my family, including with my parents, they don't tell me until it's stage 4 you know, despite my begging them.
Some of you have disappeared off LB without a word of explanation but kept your account up and that chilled me and I feared death, so - I mean I know, I know we're just logging films here but I've read a lot of you for a few years now and feel a kinship and I - I guess I know that, well, they're saying around 6 in 300 people right? I follow more people than that... so... a few of you are going to disappear. That's reality. Who knows, it might be me! So let's all vow to communicate if it hits us. I know that it's natural to want to recede, and fear is a strong emotion and you may not want a big outpouring of concern, but this is pretty fucking real and a lot of us are alone in our homes watching movies "with our friends online" so let's communicate about it if it gets real for us.

I really recommend this film!!