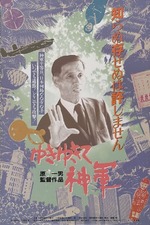 The Emperor's Naked Army Marches On

An absolute stunner of a documentary. Kenzo Okuzaki’s mission of fighting for the truth(almost at times literally) about horrific war crimes borders on insane and inspiring. The tug of whether his actions are morally justified or not, to the very end, where even his poor wife continues the great fight, are incredibly difficult to process. Should there be mercy for those that keep the darkest of truths, memories, and traumas repressed? Okuzaki clearly thinks not and while he has plenty of ammo to sling at those he confronts, he seems to have just as much compassion for the victims and their families. Kazuo Hara shoots Okuzaki and his actions in plain sight, which asks greater questions about its provocative images and ideas unto its audience, which is what any great documentary should do.