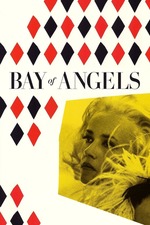 [Published December 5th, 2001, Show Business Weekly. This was the piece that, due to its anti-Charlie Rose fulminating, led to my termination from SBW. Purple prose notwithstanding, time has cast a much more favorable light on that stance.]

Watching Charlie Rose interview someone is a depressing experience. There’s a surface sense of control as Rose stammers, stutters, and guffaws his way through his list of questions, hurling them at his subjects with all the subtlety of a game of Whack-a-Mole to the groin, but the truth is quickly revealed. Lacking all but the most tenuous connections to each other, Rose’s questions, his demeanor, and delivery, are finally a never-ending Mobius strip of banality that ultimately leave his interviewees trapped in the limbo of obscurity.

I will admit with pleasure that it was nice to see one of Rose’s subjects fight back recently. At New York’s French Institute a few weeks ago, Rose shared the stage with the famed actress Jeanne Moreau. His questions followed the pattern I’ve described above, mainly addressing, in no discernible order, her acting, her love life, her cooking, etc. Instead of using these broad topics as a way of penetrating deeper into his subject’s mind, Rose’s superficial questions received the required superficial answers, and he moved on. Specificity was obviously not the order of the day, and Moreau’s fidgety behavior registered her discomfort. Eventually Rose got around to mentioning Moreau’s birth year, “1926.” In the space of a millisecond her brow furrowed, her body stretched forward into elegant purpose, and her raspy voice took on a tone that would cut dry ice, “1928. C’mon Charlie!” A wave of laughter spread through the audience, conclusively indicating where collective sympathies lay. Rose admittedly recovered quickly and, with admirable modesty, finished the interview.

Afterwards, I went backstage with my arts editor and a friend to take some pictures. Coming down the stairs, we saw the red-faced Rose rush by, mumbling a perfunctory greeting to us. His embarrassment was apparent. Our photos of Moreau were taken with little acknowledgment on the part of the star. She drank a glass of water while I snapped away and quickly ushered herself into her dressing room. It was there, her back turned to us, staring intently into a gaudy mirror, that I caught a last glimpse of Moreau—not merely the person, but her essence. It screamed out superlatives like power, beauty, love, success, but most of all, optimism. It was as if the mundane cycle of life that threatens even the strongest of us had broken and she had been instrumental in its modification.

Moreau’s theater of optimism continues at Film Forum from November 30 to December 13 with the release of a restored 35mm print of Jacques Demy’s Bay of Angels. Introduced in a close-up iris, her sheer presence forcing the camera on a spectacular track along the Riviera where the film takes place, it is immediately apparent that Moreau’s Jackie Demaistre will be a character to remember. After this opening scene, Moreau is off-screen for near twenty minutes. Thus do we come to know Jean Fournier (Claude Mann), a bored bank clerk who develops a taste for gambling at the encouragement of his friend Caron (Paul Guers). In spite of his father’s (Henri Nassiet) protestations, Jean leaves Paris for a life of gambling on the Riviera. It is here he meets Jackie, first glimpsed at a Roulette table in the background, near anonymous. A stroke of luck or two later and Jean and Jackie become fast friends and lovers who work to survive together, their lives now, literally, a game of chance.

No doubt most moviegoers are familiar with this sort of story yet Bay of Angels’ major trump cards, which push the film into transcendence, are its star and director. The Charlie Rose story, related above, suggests what Moreau brings to her screen persona, but it would be only half of a good thing if not matched with director Demy’s own optimism. His basic love for humanity registers in every frame, and it’s never masked in easy cynicism. Indeed, this is where today’s movie audiences might have problems relating. It would be easy to dismiss Demy as a lightweight because the beliefs up there onscreen are wholly optimistic, a mindset that is in short supply nowadays. Yet, to quote modern filmmaker David Lynch as comparison, “Tenderness can be just as abstract as insanity.”

Demy makes a rich, complex film experience of Bay of Angels and it is through his confidence in both film technique and his own beliefs that he achieves this. As a result, like Jeanne Moreau with Charlie Rose—indeed any craftsman threatened by the too-easy labels of the majorities of society—he manages to break through the mundane and find the profundity in any and all sides of life