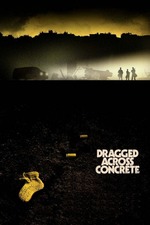 Pretty racist! An autumnal ode to white supremacy, in which sad Caucasians Gibson and Vaughn are photographed in golden hues, most everyone else in lighting schemes that range from ninth-circle-of-hell to Kubrick-sterile. Telling that Zahler co-pens his own "soul" soundtrack, as well as makes the two evidently Jewish characters a jeweler and a banker, respectively. Also—literal whiteface! (You fucking troll.) A movie of every -ist, -ism and -ic you can imagine. Like Robert Bresson directing un film de Michael Winner. Not a compliment.