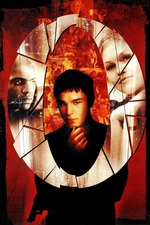 Sometimes it is those who seem most ordinary who are truly capable of speaking the truth. A recent television documentary on the life of William Shakespeare was fascinating precisely because there was so little information on the esteemed playwright. Minus any childhood traumas, doomed relationships, hopes, dreams, or failures to analyze through pop psychology, it was instead his plays and poems that provided a glimpse of the man. Through his very ordinariness, concluded the documentary’s narrator, Shakespeare ensured his immortality.

The documentary finally provided little of value. The schematic analysis of its subject through his plays and poems was watered down to accommodate the demands, or lack thereof, of television. Where Shakespeare truly comes alive, as a full-blooded personality, is in the performance of his work.

More and more, Shakespeare’s plays, and thus his themes, are transposed to different eras. In the last year alone, Hamlet has traversed both a video store and an old Long Island estate. Both are justified interpretations (by Michael Almeryeda and Campbell Scott, respectively) that amplify certain of Shakespeare’s themes and ideas—the power of art and the tenuous bonds of family especially. The more contemporary and familiar settings help one towards a greater understanding of the artist and his work, and thus a greater understanding of oneself and one’s world. A timeless work resonates through any era.

O, the latest Shakespeare adaptation, which transposes Othello to a modern day Southern prep school, appears to have been too resonant. The well-publicized brouhaha, with original release company Miramax dumping O on the shelf post-Columbine and finally selling the release rights to Lion’s Gate Films nearly two years after the movie’s completion, is a drama in itself that few artists could inspire nowadays.

The drama of the movie itself is built around romantic and class status jealousy, with a clearly evident racial subtext. Brad Kaaya’s story adaptation dispenses with Shakespeare’s verse and with the original character names. Thus Othello is now Odin James (Mekhi Phifer), the star basketball player, and only black man, attending the prestigious Palmetto Grove Academy. His true love is Desi Brable (Julia Stiles), the white daughter of the school’s dean (John Heard). Odin’s just won an award for his basketball talents and seems on track to great success. Yet his relationship with Desi, not to mention his surrogate father/son relationship with the team coach Duke Goulding (Martin Sheen), will prove to be his downfall. The coach’s son, Hugo (Josh Hartnett), is the executor of the film’s revenge plot. It starts innocently enough with Hugo, and his reluctant lackey Roger (Elden Henson), trying to break up Odin and Desi. But Hugo’s bloodlust and jealousy quickly escalate to the point where violence seems unavoidable. Through the manipulation of one of the team’s players, Michael Casio (Andrew Keegan), Hugo hopes to rid himself of Odin James, and the looming specter of the latter’s uniqueness, forever.

It would seem an understatement to say that tragedy ensues, but it is really quite an accomplishment that screenwriter Kaaya and director Tim Blake Nelson are able to retain the final catastrophe that gives O, and the original Othello, its power. There are no easy answers provided. The full scope of the tragedy is felt and the fact that it mirrors reality (in this case the recent school shootings that have been given media precedence) will no doubt challenge viewer reaction, especially in the case of the villainous Hugo who is not in any way demonized.

This is not to say that O is a sanctimonious lecture with little entertainment value. Indeed the relationship between Odin and Desi is one of the most natural and attractive I’ve ever seen. When Odin sneaks into Desi’s dorm room, there is a moment, when they first kiss, where it seems the film is holding back. As framed, the actors’ heads obscure the kiss and, for a moment, it feels like a compromise made by eager-to-please studio heads. But it’s really the filmmaker’s way of defying expectations, for soon after we are privy to a very intimate conversation between Odin and Desi that captures youthful love in all its alternating maturity and naïveté. The fine performances of Phifer and Stiles only add to the believability of the relationship. It is one where racial and societal boundaries are squashed and we viewers watch two human beings lovingly interacting, a basic tenet that cinema, at its best, can raise to the level of dreams.