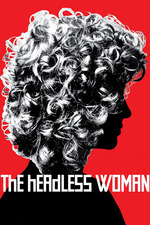 The opening sequences of The Headless Woman set up a vivid and recognizable world: Three boys play with their dog on the side of a dirt road. Several women pack children into their cars after a picnic. The imagery and actions are simple and all-inclusive; the sense is that the film could focus on any of these characters to equally insightful effect.

Then one of the women, Verónica (Onetto), barrels down that unpaved stretch while reaching for her cell phone. There’s a sickening thud. The car screeches to a halt. She’s hit something. In that moment, Verónica completely loses her bearings, both physical and mental. Yet the world around her—the movie she inhabits—keeps moving.

What follows is an astounding portrait of a person entirely out of sync with her own existence. It’s not a particularly new subject in cinema, especially for anyone familiar with the work of Michelangelo Antonioni and Luis Buñuel, two incomparable artists often invoked in promotional copy for The Headless Woman. Yet writer-director Lucrecia Martel—aided immeasurably by Bárbara Álvarez’s probing, Peeping Tom camerawork—distinguishes this effort through a confident and expressive aesthetic all her own.

We find out about Verónica’s background only as she does. A career, a family and an infidelity or two slowly come into focus, as does an implicit, guilt-ridden class bias. But The Headless Woman is no simplistic status parable. It’s more a psychological snapshot of a person forever doomed to remain a voyeur to her own life, something a climactic change of hair color (a hilariously Hitchcockian flourish) can only outwardly fix. (Now playing; Film Forum.)—Keith Uhlich