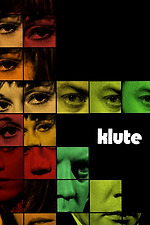 Not at all what I expected. Centering the story on Fonda's call-girl-in-peril rather than Sutherland's hired dick is a great reframing of a well-trodden noir theme.

Fonda's confidence in every one on one scene plays excellently opposite Sutherland's inexperience - there's an aspect to his role in this where you're never completely confident in his competence until the pieces fall into place during the 3rd act.

The paranoia and inherent danger in every scene has little urgency for much of the runtime, instead lingering in every shadowy corner. There's a pervasive sense of the sinister throughout which would broadly be a feature of post-Watergate storytelling in American cinema which underlines how prescient Pakula's work here really is.